Richest Students: An analysis of hundreds of thousands of accommodation searches across 95 towns and cities in Britain has revealed which country's students are the richest.

Big-Spending Chinese Students: The research shows Chinese students studying in Britain have the highest budgets of students from any country, with the average student willing to spend £180 on accommodation per week.

Where the UK Stands: Understandably, students who elect to go to university in their own country have lower budgets, with British students having less to spend on accommodation, on average, than their foreign counterparts.

For most students money is tight during their time at university, and once basic living costs are paid for the month, there can be precious little left over for anything else. But for domestic students their tuition fees of up to £9,250 a year are at least covered for the duration of study.

International students on the other hand have to contend with both the cost of living and the cost of paying tuition fees of up to £35,000 per year.

The research shows that students from China are the richest, with an average budget of £180 per week for accommodation. This outweighs the average British student's weekly budget of £115 by a whopping 57%. 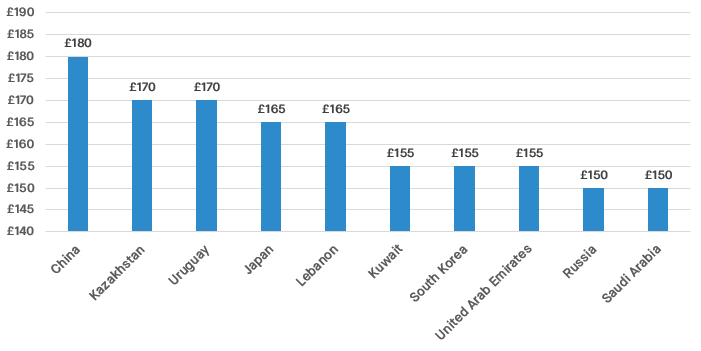 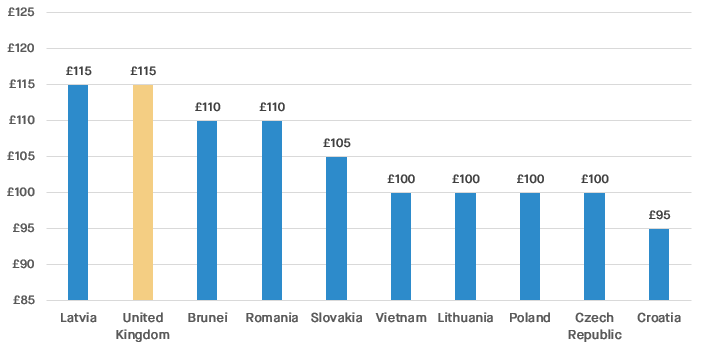 Whilst the research shows the blowout budgets of a section of the student population, it also reveals that there are of course students (like most of us Brits) who have to keep a tighter hold on the purse strings.

Where the UK Stands 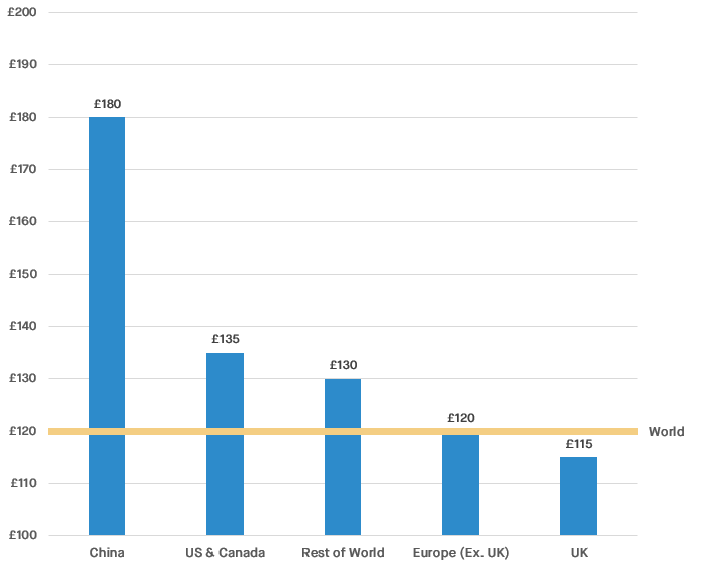 Understandably, international students, who choose to fly overseas for their education tend to have more money to hand than British students who have opted to study in the relatively local confines of the UK.

European students who hop the relatively short distance across to us only have slightly higher budgets however, with £120 per week to spend on accommodation.

Farther flung students though, from the US & Canada for example, have 17% more to spend than British students with average weekly budgets of £135. And, as mentioned, Chinese students have 57% more to play with than domestic students.

"An interesting, if not surprising outcome of this analysis is that Chinese students - of which there are over 90,000 in the UK's higher education system - are extremely lucrative tenants and are therefore clearly a strong motivating factor for the unrelenting investment in the UK's PBSA sector. But that isn't the end of the story; there's clearly an appetite for international-friendly accommodation at more affordable price-points, particularly from Eastern European students. However, given the hype around growing Chinese student numbers, it is easy to see how this opportunity might have been overlooked."

[1] Budgets based on hundreds of thousands of student accommodation searches carried out on StuRents.com between April 2016 and March 2017. The average accommodation budget for any given country was calculated by finding the median search value.

Concerns Over Use of Student PBSA in Staffordshire