The latest figures released by HESA highlight the breakdown of students studying in the UK by country of origin.

In the academic year 2020-21, the number of full-time students enrolled in higher education institutions from domiciles outside of the UK grew by 8.6% year-on-year, representing an increase of 44,675. In percentage terms, they now equate to 25.9% of all full-time students studying in the UK.

In the academic year 2020-21, students from China represented the largest proportion of students from Asian domiciled backgrounds, at 47.0%. For more information relating to Chinese student growth on an institutional level in the UK, please see our blog post here.

Outside of China, the largest source of international students was India, where the number of full-time students rose to 78,070 in 2020. Year-on-year, numbers rose by 49.6% (+25.9K). This was by far the largest absolute increase amongst Asian countries. The second-largest increase was in Pakistan students, which by comparison, grew by 62.8% (+4.6K).

Not only did India see the largest YoY increase, but it has also been the best performer over the long term.

Since the 2014-15 academic year, the number of full-time students studying in the UK from India has risen by a staggering 386.1%, resulting in an additional 62.0K students. 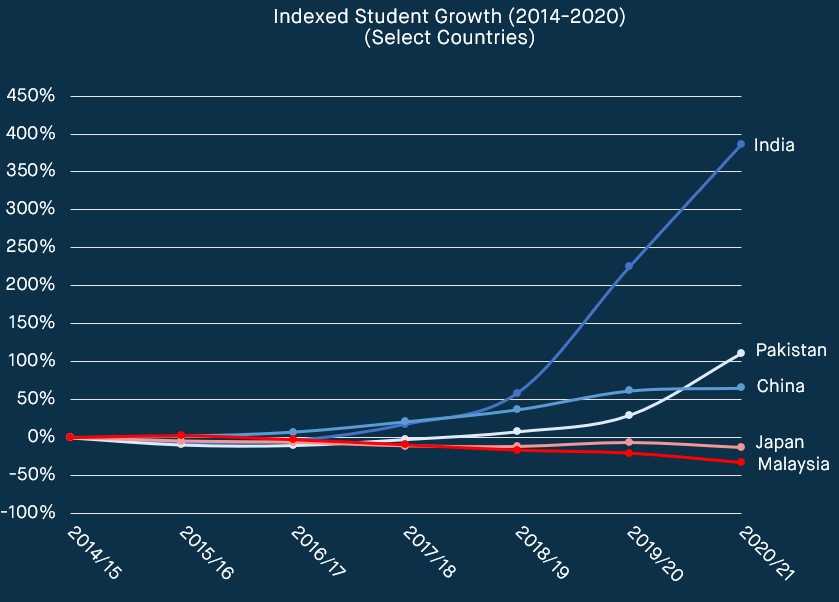 At an institutional level, growth across universities has been mixed with not all institutions reporting an increase.

Looking specifically at institutions outside of London, the University of Hertfordshire saw the highest growth in full-time Indian students enrolled YoY, increasing by 2.0K in total (+82.2%).

When focusing on the larger higher education institutions in the UK*, the University of Salford recorded the highest percentage increase, with numbers rising by 725.0% (+1.0K). 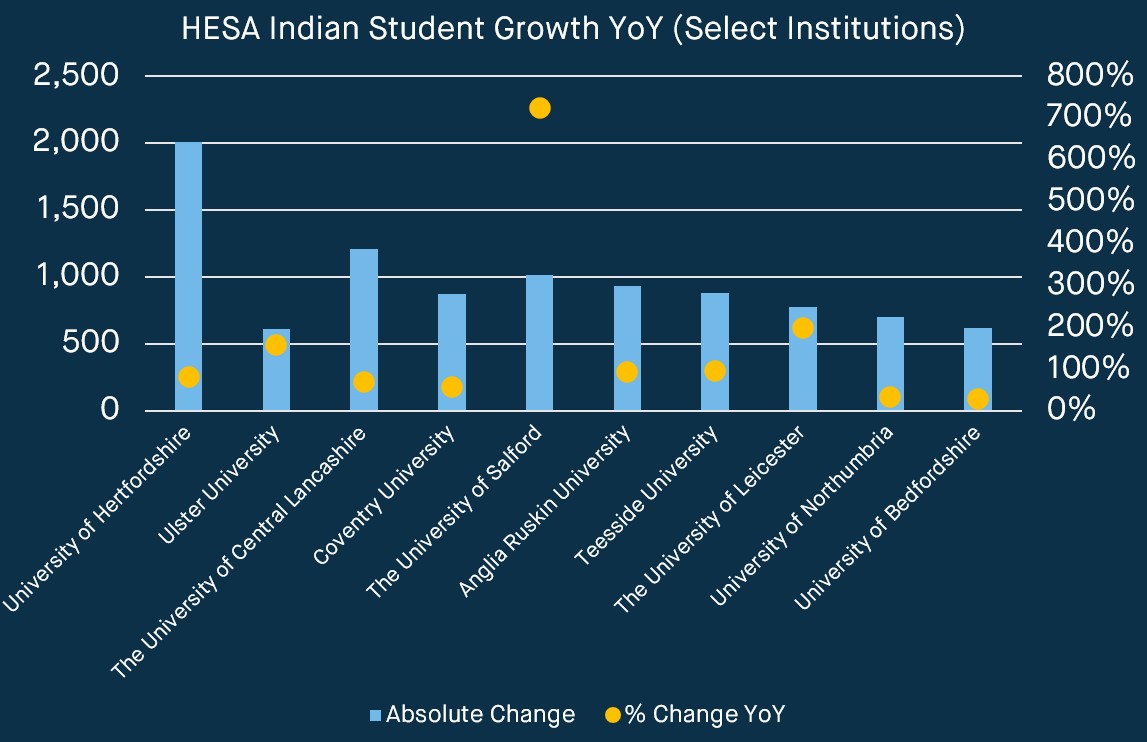 Long-term growth has been reported at a large number of institutions, due to the rapid increase in Indian domiciled students in recent years.

The University of Central Lancashire recorded the largest increase in percentage terms*, rising by a staggering 5227.3%. This was however from a low base of 55 students recorded in the 2014-15 academic year.

On an absolute basis, the University of Hertfordshire recorded the largest absolute increase, with numbers rising to 4.5K students (+2,600%) since 2014.

Since 2012, only the University of Nottingham and Newcastle University have recorded minor drops in full-time Indian students, with numbers falling by just 90 (-15.7%) and 40 respectively (-11.1%).

*Institutions outside of London 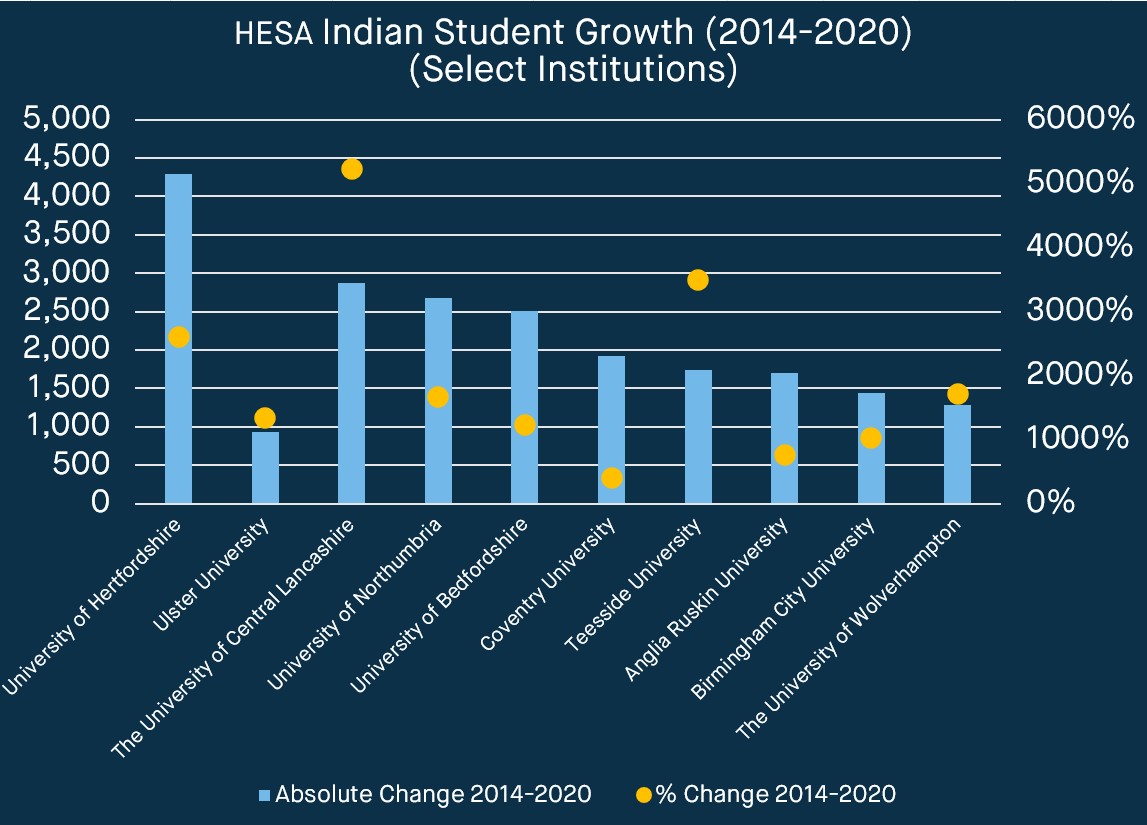