Analysis of data provided by the UK Government gives some interesting insights on the student visas that have been issued. In 2021 over 419,000 visas were issued to incoming university students, the highest number on record. 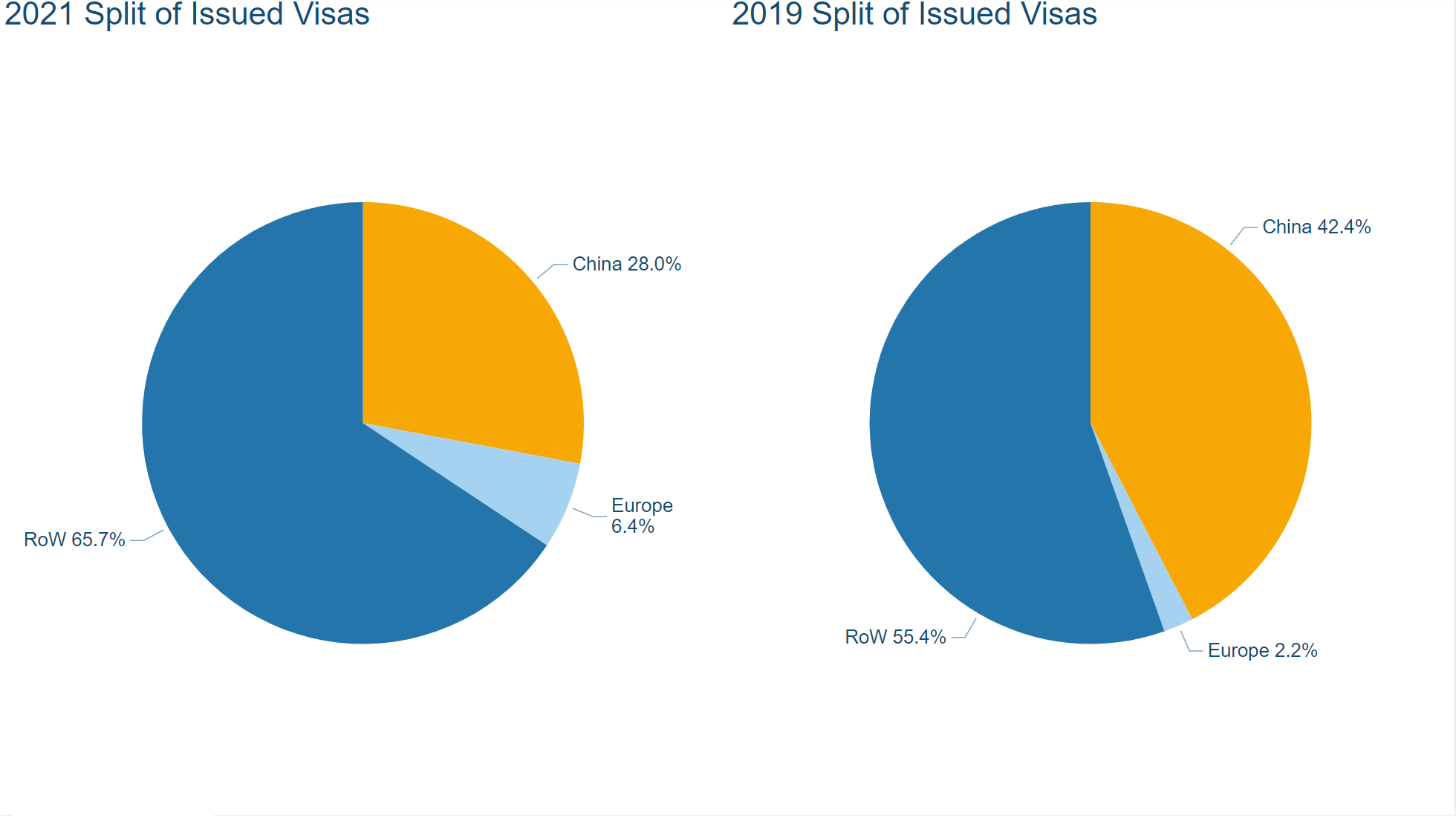 The charts above show how issued visas were split between Chinese students, European students, and students from the rest of the world (RoW), in 2021 and 2019.

The 2019 chart shows that very few visas were issued to European students. Most of these visas were issued to Turkish and Russian students, as students from EEA countries benefitted from 'home status' and as such did not require a visa. Changes in the immigration rules mean that, as of January 2021, EEA and Swiss (excluding Irish) nationals require a visa to study in the UK. As such, the proportion of visas being issued to European students significantly increased in 2021. 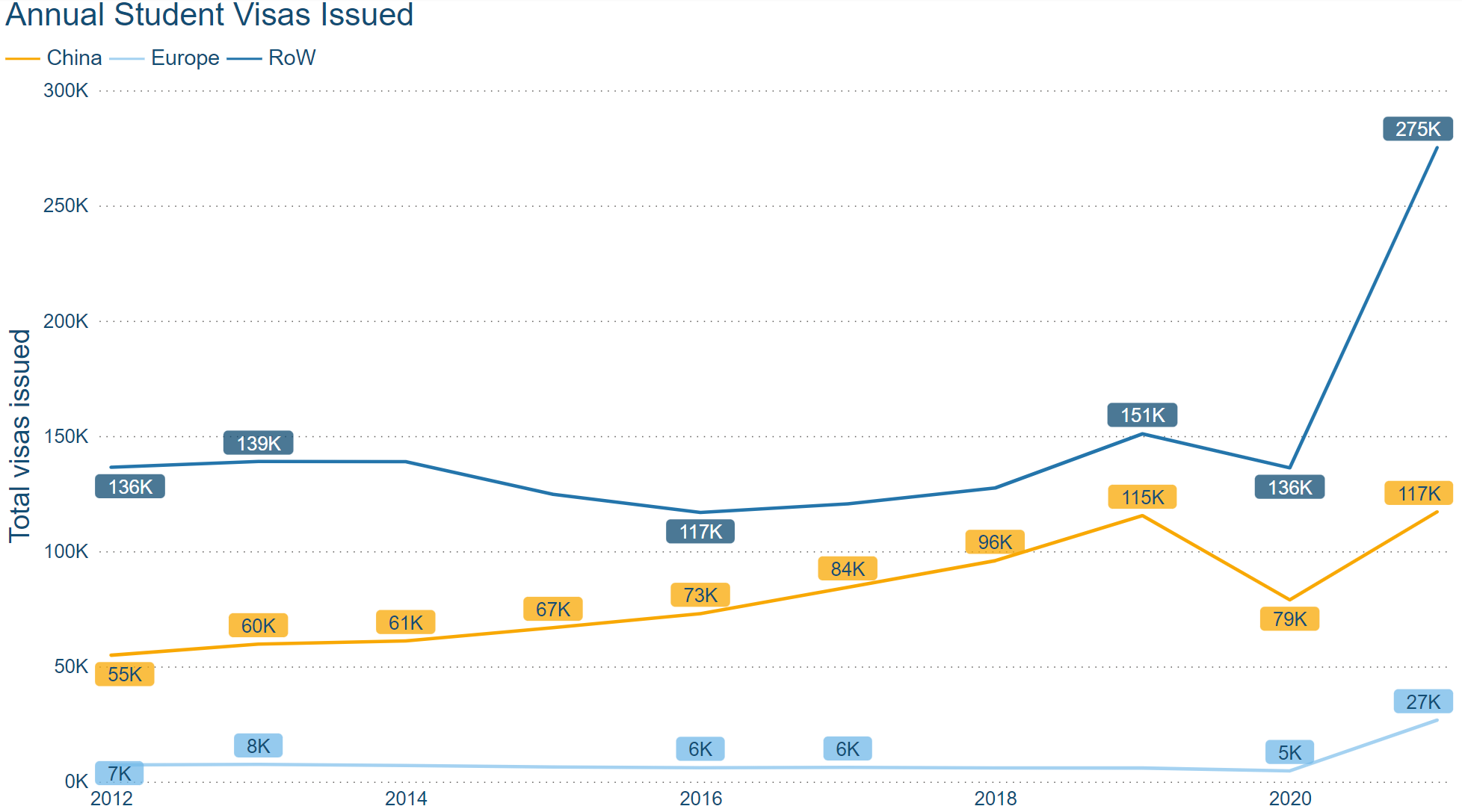 The chart above shows the change over time in student visas issued to Chinese students, European students, and students from the rest of the world.

The chart shows that prior to Covid there had been a steady rise in the number and proportion of study visas granted to Chinese nationals, however 2020 figures were massively impacted by the pandemic. Over 117,000 visas were issued to Chinese students in 2021, slightly up from 2019 levels, however the increase was not as positive when compared to the pace of growth recorded in previous years.

Growth in European visas is a by-product of Brexit. French students had the highest number of visas granted (3,956), followed by students from Germany (2,672) and Spain (2,428). Together these three nationalities accounted for more than half of all EEA and Swiss grants to study in 2021, which previously would not have required visas. 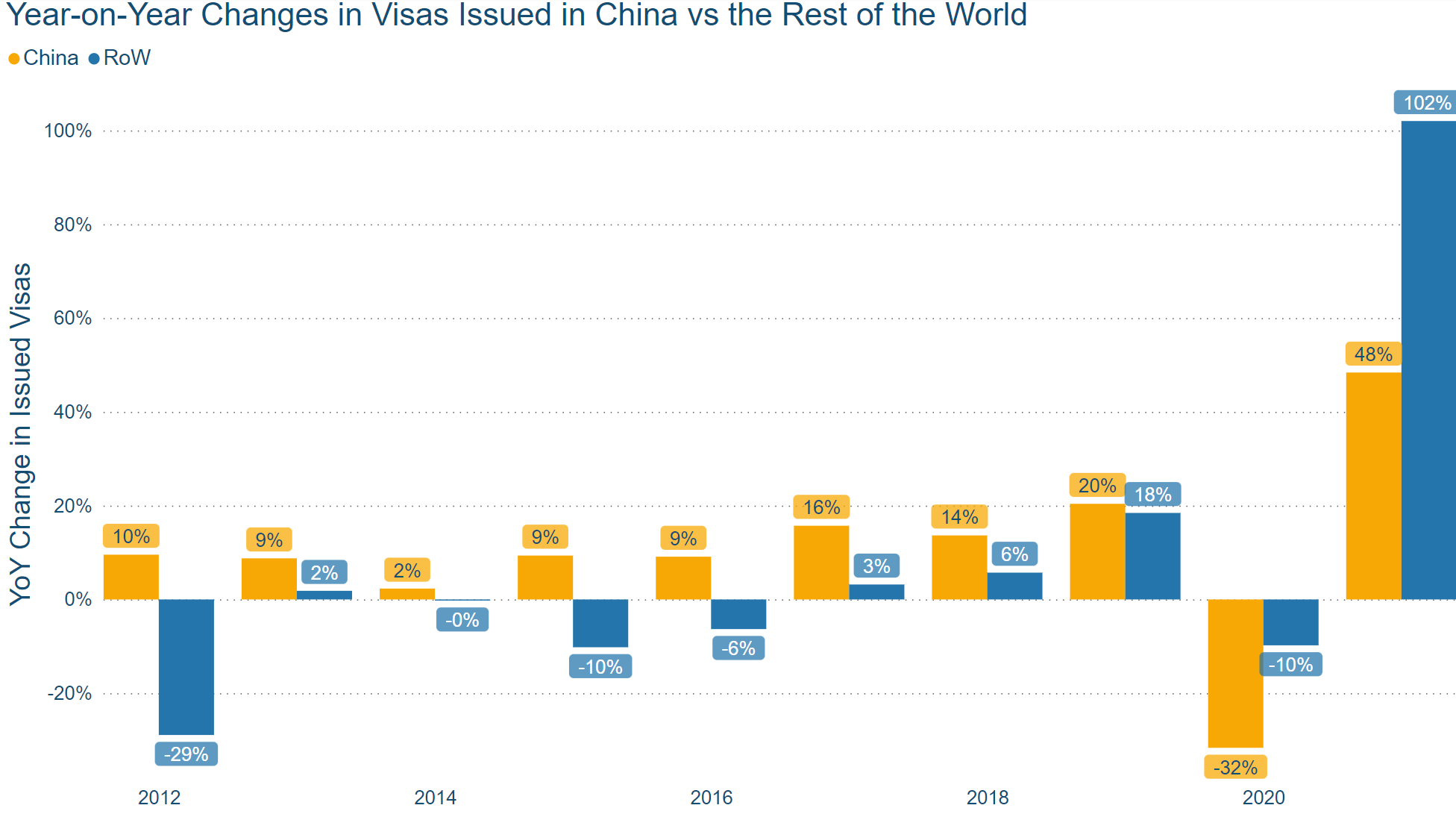 The chart above shows the year-on-year (YoY) changes in the total student visas issued in China and in the rest of the world (excluding Europe).

China reported YoY growth in 2021 of 48.4%. This follows on from a 2020 YoY fall in visas issued of 31.6% which was due to Chinese students being unable to travel into the UK due to Covid-19 travel restrictions. Whilst this growth was significant, it was from a low base and we can see from the previous chart that the total number of visas issued is almost equal to that reported in 2019.

While figures for the rest of the world (RoW) also fell in 2020 due to the effects of Covid, year-on-year growth was more significant in 2021. The previous chart shows numbers increased by 82% compared to 2019 figures. This increase is largely attributed to Indian and Nigerian students. 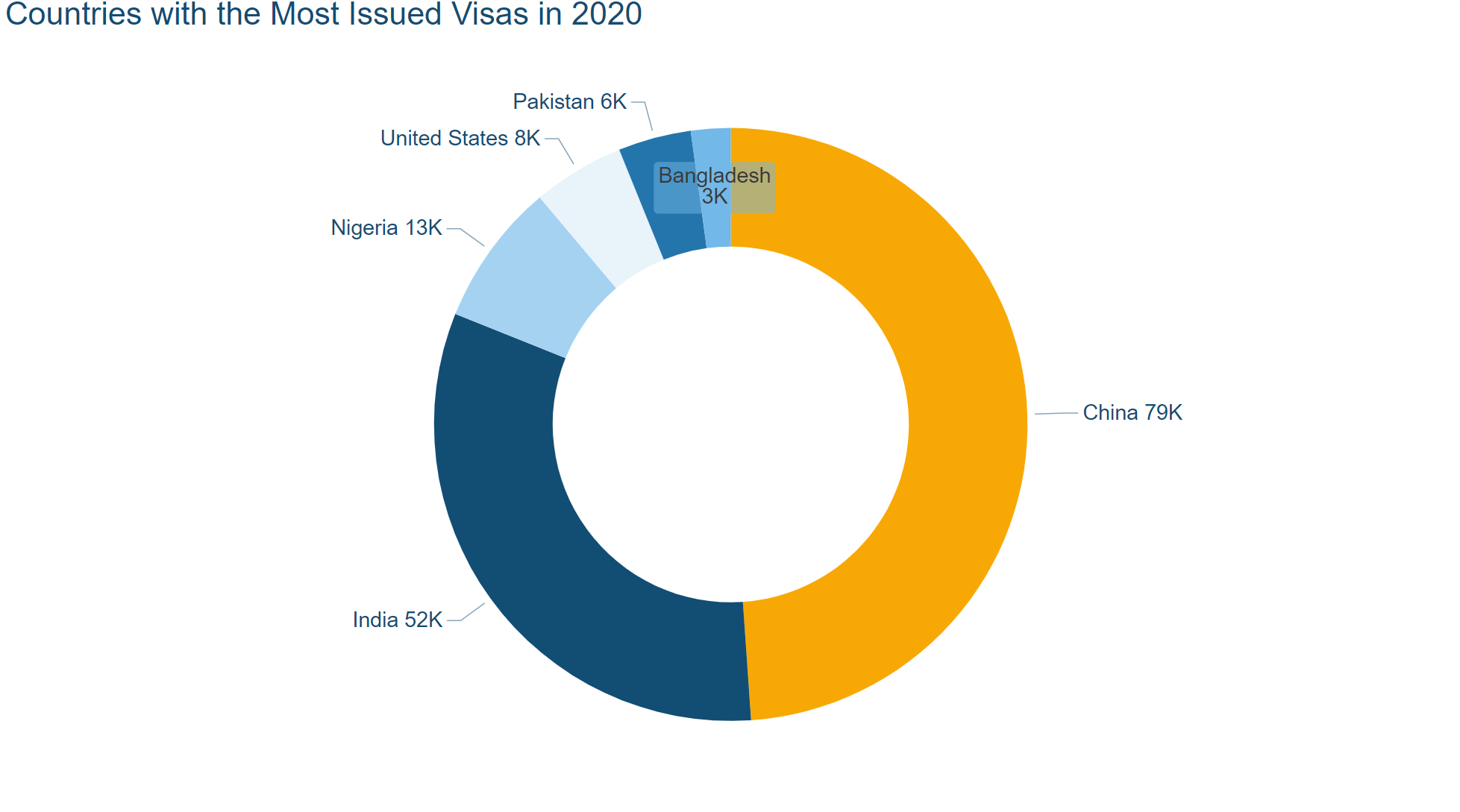 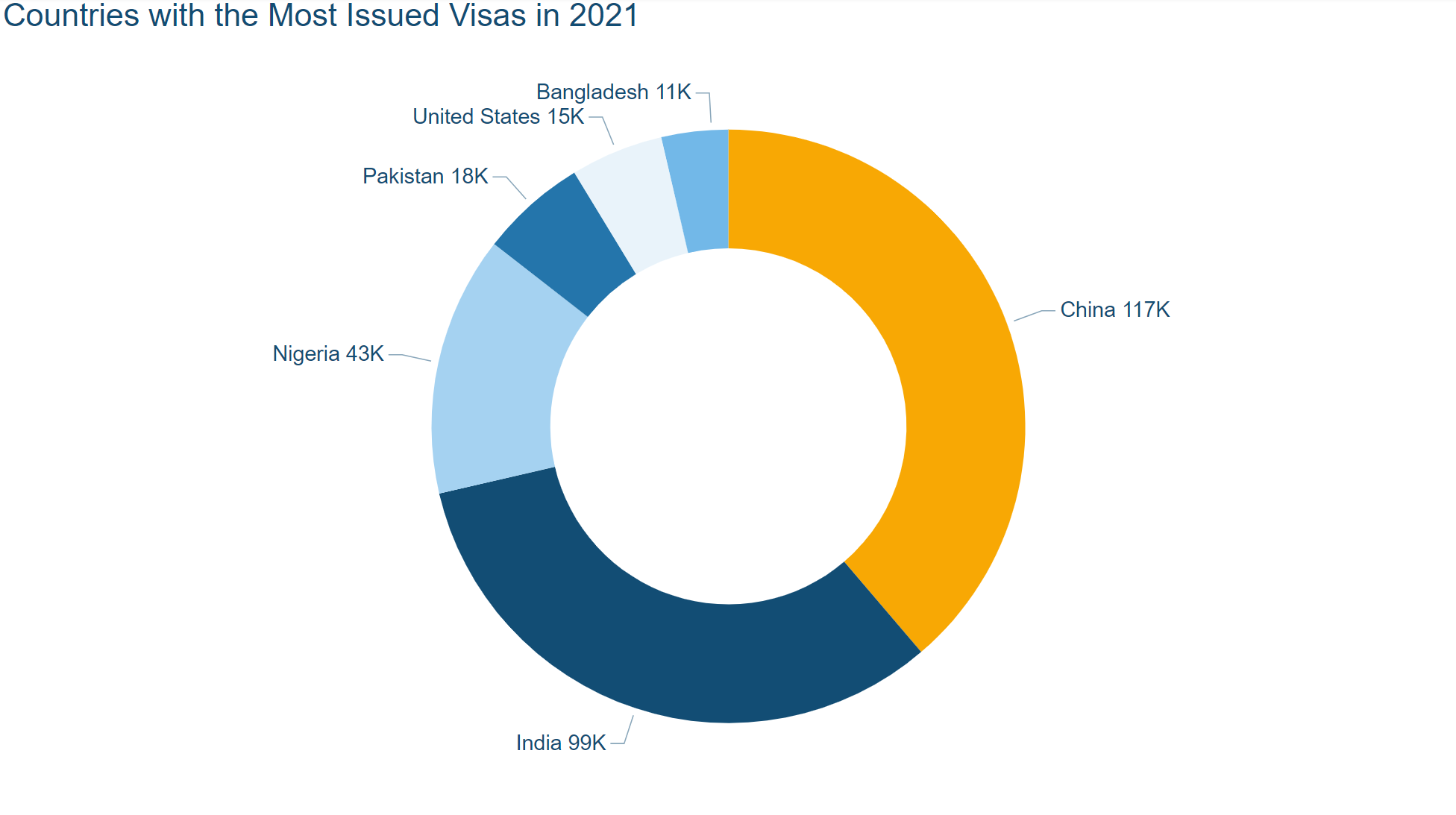 The charts above show the countries that were issued the highest number of visas in 2021, and the 2020 figures for the same countries.

Of particular interest is the growth in visas issued to Indian students. There were 98,576 grants to Indian nationals in 2021, an increase of 46,666 (+89.9%) compared to the previous year and 165% higher than in 2019. Indian nationals remain the nationality with the second-highest number of study visa grants. Chinese and Indian nationals together comprise over half (51.5%) of all student visas issued.

Nigerian issued visas also grew by 241% (+30,275) year-on-year in 2021, which contributed to the high year-on-year growth reported for the rest of the world.

Note: In this analysis we have looked at Sponsored study visas with the Visa type subgroup of Students which has replaced the Tier 4 (General) student visa. Other visa subgroups have been excluded, as they do not relate directly to university students.

Preston Scheme Allowed to Let to None Students

Competition for University Places to Rise

Plans for More PBSA in Leeds Slammed by Locals